Can I Install a Low-flow Toilet in an Older Home?

In 1992, the Energy Policy Act was signed into law in the U.S., making it mandatory for all new residential toilets to use a maximum of 1.6 gallons per flush. Previously, the standard for toilets was 3 gallons per flush. The change meant that homeowners were now using about half the amount of water previously required per flush, adding up to thousands of gallons of water saved per year, per household.

While low-flow toilets are a great way to reduce water bills, this type of toilet does not work well in some older homes. That’s because prior to the 1990s, plumbing systems were designed with the understanding that every toilet used 3 gallons per flush, which provided a good deal of flushing power. Toilets that utilize almost half that amount sometimes run into issues in homes with older plumbing, which could lead to a clogged toilet. Homes with cast iron (metal) pipes do not do well with low flush toilets because these pipes are very porous and rough. They need more water flow to move material through them.

Whether or not a low-flow toilet will function properly in an older home comes down to the slope of the waste drain pipe. Located beneath the toilet, the waste pipe needs a slope of between 1/8-in. and 1/4-in. per foot for the water to carry solid waste to the sewer. If the slope is too steep, or not steep enough, the reduced amount of water per flush in a low-flow toilet could allow waste to collect in the pipe, leading to a clog.

One way to check the pipe slope is by lifting the toilet off the floor, then using a flashlight to check the drain for standing water in the waste line. If you see even a small amount, it could mean that you have a negative pipe slope, which could lead to drainage issues for a low-flow toilet.

Another sign that you may run into difficulties is if your current toilet experiences backups, even when you aren’t flushing solid waste. This could mean you have a clogged waste line, which could become even more of an issue if you install a toilet with less flushing power than the older, 3-gallon models.

One way to help alleviate any potential flushing issues is by installing a low-flow toilet with a pressure-assisted flush. This system uses water pressure to charge a compressed-air tank inside the toilet tank. When the toilet is flushed, compressed air drives water out of the bowl fast, pushing it down the drain and into the waste line with enough force to remove solid waste.

If you have any concerns about the ability of your home’s pipes to handle a low-flow toilet, or any other septic issue, call the sewer and drain experts at EcoClean. Our skilled technicians can perform an inspection to determine if your plumbing system is up to the task. 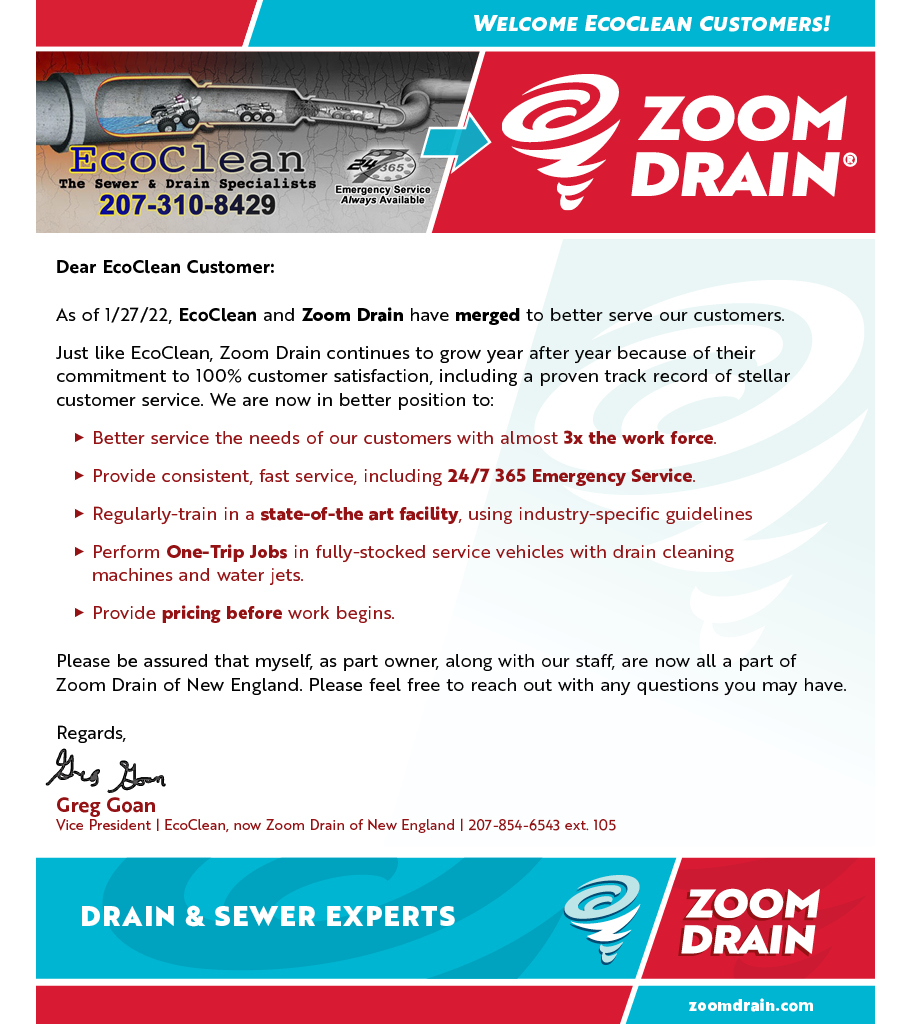